DNA Test For Your Dog

Boost Your Dogs Immunity With AHCC

Bichon FriseThe Bichon Frise (pronounced BEE-shawn FREE-say; the plural is Bichons Frises) is a cheerful, small dog breed with a love of mischief and a lot of love to give. With his black eyes and fluffy white coat, the Bichon looks almost like a child’s toy. And it doesn’t take long to realize that the Bichon can be your happiest and most enthusiastic companion.Vital Stats:Dog Breed Group:Companion DogsHeight:9 inches to 11 inches tall
0 comment
READ MORE
Pointer

POINTERBred for several hundred years to “point” birds and small game such as rabbits, the Pointer is a versatile field dog and exceptional family dog breed. He excels in many arenas, from the field to the show ring, agility to obedience. Energetic and fun-loving, he’s well suited to active homes where he’ll be a member of the family.Additional articles you will be interested in:Vital Stats:Dog Breed Group:Sporting DogsHeight:1 foo
0 comment
READ MORE
Cocker Spaniel (English) Breed Profile

DNA Test For Your DogKrista loves Tobias, her energetic and sometimes rambunctious two-year-old shelter dog, but often wonders what mix of breeds he is. “He looks like he may have beagle and collie in him, but it’s hard to say,” she says. “If I knew for sure, maybe I could better understand some of his quirks and what to do about them.”Until recently, those with mixed dogs could only speculate about what breeds contributed to their companions’ ge
0 comment
READ MORE
Boost Your Dogs Immunity With AHCC

Boost Your Dogs Immunity With AHCCEvery day, your animal is bombarded by chemicals, toxins and stresses that compromise his immunity. And with each passing year, his immune system continues to age and deteriorate, leaving him even more vulnerable. On top of that, regardless of his age or environment, specific “enemy invader cells” necessitate a strong immune response in order to fight the good fight and keep your companion healthy.Immunity checkl
0 comment
READ MORE
Step by Step Training Guide for "Leave It" A complete training guide

Begin with one of the ordinary treats in an open palm. Lower it to where your dog can see it.Leave-it, a cue that asks your dog to leave something alone, is up there among the most useful things you can teach your dog. Think of it this way: your dog might not stop chasing that deer into traffic on her own, but with an airtight leave-it cue you can stop her in her tracks and save her life. So whether it’s another dog, that slice of pizza on the ed
0 comment
READ MORE
German Shepherd Dog standard

Bichon Frise – standardGeneral Appearance The Bichon Frise is a small, sturdy, white powder puff of a dog. Its dark-eyed, intelligent expression, and plumed tail carried jauntily over the back attest to its merry temperament and create an overall air of elegance and dignity. This is a breed that has no gross or incapacitating exaggerations and therefore, there is no inherent reason for lack of balance or unsound movement. Any deviation fro
0 comment
READ MORE
American Kennel Council Breed Standard (AKC)

American Kennel Council Breed Standard (AKC)General Impression :The American Staffordshire Terrier should give the impression of great strength for his size, a well put-together dog, muscular, but agile and graceful, keenly alive to his surroundings. He should be stocky, not long-legged or racy in outline. His courage is proverbial. Head : Medium length, deep through, broad skull, very pronounced cheek muscles, distinct stop; and ears are
0 comment
READ MORE
PEOPLE ARE ON THE GO, AND INCREASINGLY, THEY ARE TAKING THEIR PETS ALONG FOR THE RIDE.

PEOPLE ARE ON THE GO, AND INCREASINGLY, THEY ARE TAKING THEIR PETS ALONG FOR THE RIDE.While some pets seem born to ride, for others the loud noises and strange motions involved in traveling can be a real problem.Dr. Kelly Ballantyne, a veterinarian at the University of Illinois Chicago Center for Veterinary Medicine with practice limited to behavior, offers these tips on how to ensure that travel with pets is safe and pleasant.“The firs
0 comment
READ MORE
'The Artist' dog Uggie dies 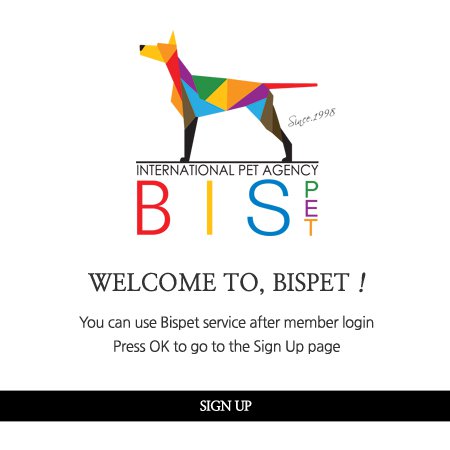